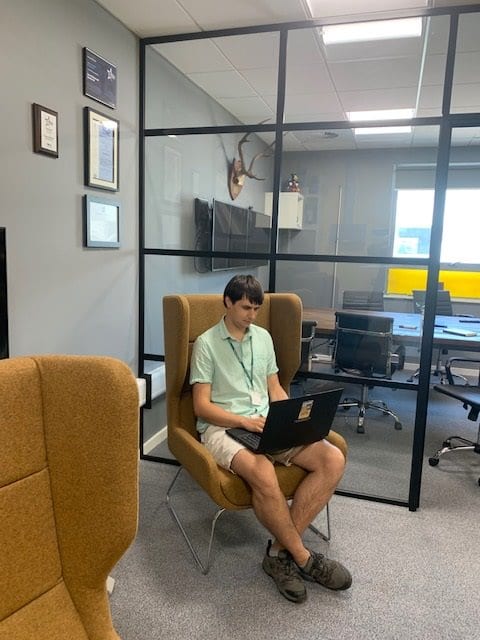 Edward Knight has just started as our as our Junior Data Engineer.

Ed however is not a stranger to Cervus or the way we work;

My first impressions of Cervus came about during my year in industry placement with the Ministry of Defence. I had to go to the Cervus office to pick up a laptop and all I saw were drones laid out in preparation for a thermal imaging project they were doing – I instantly thought, I would love to work for a hands on company just like this where things are happening and lots of interesting projects going on at once. One of the other lasting impressions I had from first working with Cervus was whilst on data capture exercises with the team; even though I was working with Directors, there was no hierarchy and everybody’s ideas and opinions were as valued as each other’s.

He went onto explain how he started working with Cervus after his graduation;

After graduating I had planned to enjoy the summer off before starting my graduate job with Dstl, but because of a climbing injury I wasn’t able to travel and by chance was able to do some work for Cervus over the summer months; this coincided with a USMC wargaming contract which was great because I was able to be a part of the setup, running of the wargames through to analysis and recommendations. Being involved in projects from start to finish meant that when the Junior Data Engineer vacancy was advertised I was really interested; my only hesitation was that due to the size of the company there might be limited opportunity for progression – however, after finding out about the business plans and future projects I am excited about the chance to grow with the company into a team leader type role in the next few years.

As highlighted in our recent article introducing Tom, Cervus is passionate about encouraging young talent in STEM and we asked Ed what advice he would give students planning or thinking of doing a Year in Industry placement:

First of all, find a placement where you will be valued, treated as part of the team and included in the project delivery, otherwise there’s no point, the second thing to consider is whether your friends will be graduating before you and who from your network will still be around when you return to university. I found the transition back to university life quite difficult because I enjoyed my placement so much but think a placement year is definitely worth doing because it really sets you up for being in the workplace after graduating. 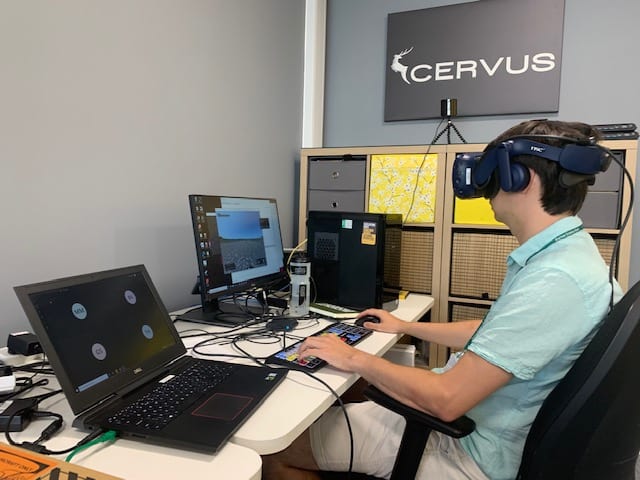 We are absolutely delighted to have been able to recruit Ed to our team. He graduated with a First-Class degree in Mathematics, Operational Research and Statistics from Cardiff University and is passionate about using data for insights, so much so that recreationally he’s often building models to predict the outcomes of tennis and football tournaments. He will be a great asset to our Technical Team that we can develop as the company grows.