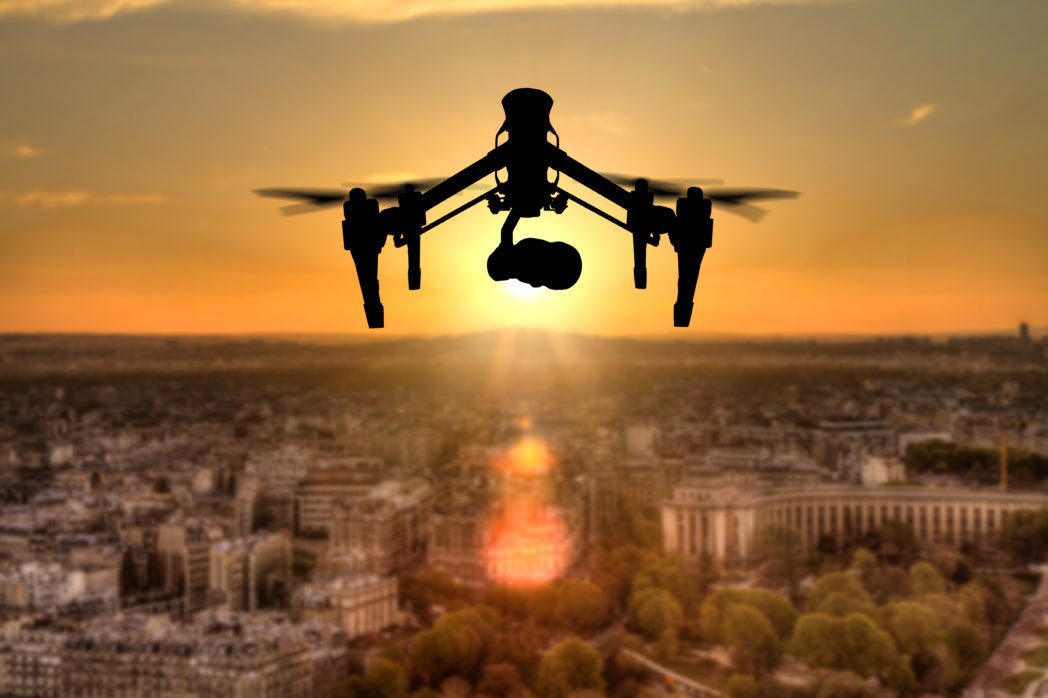 It might appear to some that the use of Drones in warfare has already become ubiquitous. If this is so, then the next 10-20 years is likely to see rapid evolution that will both broaden and deepen the role of Drones. Our expectation is that we will see a steady increase in the variety of tasks that Remotely Piloted Aerial Systems (RPAS) can usefully undertake, as well as markedly greater density of usage in the battlespace.  All of this has significant implications for training – put simply how will we train, at an individual level and as combined arms units, to exploit these capabilities and to negate the threats they will pose to us.  Here are just some of our thoughts on how RPAS might shape future warfare:

The first area we have chosen to address is Intelligence, Surveillance, and Reconnaissance. We would expect to see RPAS fulfil an even broader set of ISR tasks then today, routinely operating across all detection modalities (visual detection including daylight, thermal, multi and hyper spectral; acoustic detection; radio frequency detection; radar and LIDAR detection; and chemical detection). These systems will operate in layers providing relevant situational awareness directly to every level of military command including routinely to squad level echelons.

In addition, there will be families of RPAS designed to generate effects, lethal and non-lethal, that are either ISR-Strike by priority or Strike-ISR, with distinctions between Loitering Munitions and “Hunter Killer” drones becoming less clear.  The trend towards weaponising every level of drone is already apparent – what was once the preserve of Predator Group 4 sized drones, carrying Hellfire missiles and JDAMs, is now being pushed down to any drone capable of carrying 5 kilogram of payload, in the form of systems like Raytheon’s Pyros Small Tactical Munition. Arguably, ISIS’ use of weaponized small COTS drones with payloads of less than a single kilogram, takes this as far as is possible today. But in the timeframe, we are considering the emergence of Nano-energetics may allow Nano UAS in the Group 0 category to operate as lethal, sacrificial systems. 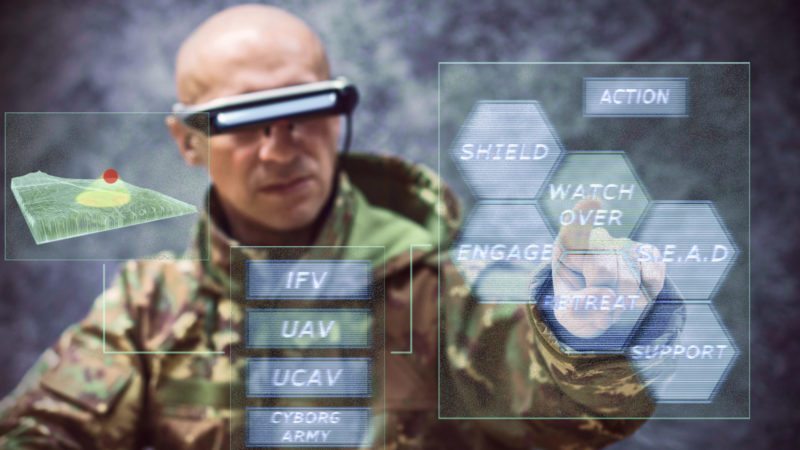 Perhaps the most marked indicator of this broadening trend concerns the use of RPAS for a whole variety of non-traditional tasks that are not related to ISR or Strike. We have chosen to dwell on two areas, communications and logistics.

We expect to see RPAS as important and ubiquitous in how combat units communicate as the humble radio system. The US Army and USMC appear to be on the leading edge of this, expending significant effort to develop pseudo-satellites, or high altitude drones, as one means of defeating GPS denial efforts, at the same time as creating the architecture for almost all their tactical drones to act as communications nodes to improve BLOS performance.

In respect of logistics, we also expect to see a very significant evolution towards an “on demand” logistics concept with much of the existing 1st line, 2nd and 3rd line architectures re-imagined because of the ability of combat units to be resupplied directly, without any of the logistics tail normally associated with combat operations.  In the UK the Defence Science and Technology Laboratory (Dstl) has commissioned a £3million study into the use of autonomous systems to undertake “last mile” delivery, reducing risk to troops in the front line, reducing the size of the logistics tail, land drawing heavily on the rapid progress being made in the private sector on logistics drones.  US employment in Afghanistan of cargo RPAS, in this case the Lockheed Martin K-Max, provides one example and one direction this might take, but perhaps equally as relevant are the experimental activities of Google and Amazon in direct delivery of packages to customers’ homes.

Size, Weight and Power (SWAP) of UAS has historically been a major and obvious discriminator between UAS of different roles, different payload types, and very different airspace management and qualification requirements. The most obvious trend is for characteristics and performance of much bigger UAS systems being evident in ever small UAS form factors, which perhaps threatens some of the existing role distinctions.

In general,  we do not see signs of the rate at which endurance, range, and capability of drones is improving slowing down. Already the performance of COTS drones costing less than £1000 (for example the DJI Mavic Pro claims 27-minute endurance, 7km downlink/uplink range, semi-autonomous modes, and basic collision avoidance features) would have been largely unthinkable 10 years ago.  This trend is also evident in military systems: Prox Dynamics Black Hornet achieves range and endurance figures for a platform size and weight that looks in 2017 to be a major feat of engineering and design, making it more impressive that this design was first fielded 4 years ago. But perhaps what is most interesting in considering the relationship between size, range and endurance, is that both platforms have broadly similar endurance (20-27 minutes), but different range characteristics, which is determined in this instance principally by the range of the downlink and control link. The commercially successful DJI Mavic has a stated video downlink and control range of 7km, whilst the Prox Dynamics has a range of only 1kilometer, which may be partly explained by the need for a more robustly encrypted datalink for military users needing a compromise in terms of outright performance.  In both cases, these range figures exceed what is allowable in most countries for commercial or leisure use of drones, which typically constrain operators to operating only to the limit of Line of Sight (3-400m for a DJI Mavic – substantially less for a Black Hornet).  It is also worth observing that moves by RPAS manufacturers to exploit 4G networks as communication bearers will dramatically change assumptions on size and range. DJI state that their new Inspire 2 RPAS is built ready to adopt this approach, which means that in principle a small sub 7 kilograms drone can be operated from hundreds of kilometers from where it is launched and recovered.

Size in of itself is still an important issue. Size and mass may continue to be the most robust way of systems attempting to operate in high or gusting wind conditions. But the larger the RPAS the more inherent risk exists – size is directly equated in most countries to more and more demanding regulation and licensing, intended to manage the risks of large platforms in shared airspace or above populated areas. Nano UAS, or Group 0 UAS, are increasingly militarily attractive as their SWAP is low enough to not constitute an airspace management challenge – put simply, at this size they are deemed inherently safe and can operate freely in battlespace that would otherwise be very congested. This is felt by Prox Dynamics for example to be a major USP for the Black Hornet.

There is little space here to provide a comprehensive assessment of power technologies.  But there is every indication, that the level of sustained investment by mobile phone, car, and drone manufacturers in battery technology will lead to substantial improvements in RPAS performance, and perhaps even to changes substantial enough to re-define the relationship between utility against physical characteristics. Lithium-air, sodium-ion, solid state, and graphene batteries are all claimed to have significantly better Watt Hours per kg, dramatically faster charge/discharge times, and more charging cycles.

In sum, then, range and size are related, but not necessarily related as a defining relationship.  It is more complex than this and is going to go on becoming less easily defined. Reach, loiter time, signature, degree of system resilience, and payload size are characteristics we assess as being equally important. 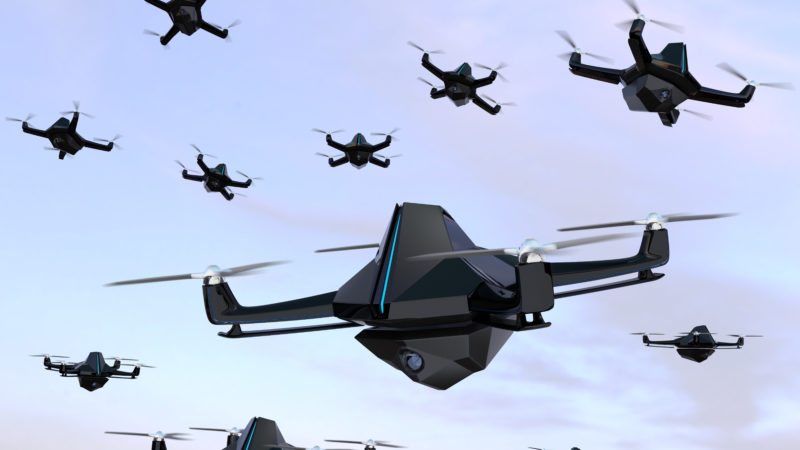 We will develop thoughts on the implications for training later on in these pages, suffice to say that we think they are substantial. We see little evidence to suggest that drone manufacturers and training simulation providers are fully in step with how to accomplish the high levels of integration likely to be necessary.

We are always keen to learn from other people and organisation’s viewpoints, and so please get in touch (via the contact button below) if you have something to offer or if you have any questions.