We are pleased to announce that we have recently received a £340K award from the Defence and Security Accelerator (DASA) to demonstrate a digital approach to Royal Marine weapon and tactics training called Smart-Shooter Intelligent Enhancement Trainer (SiET). 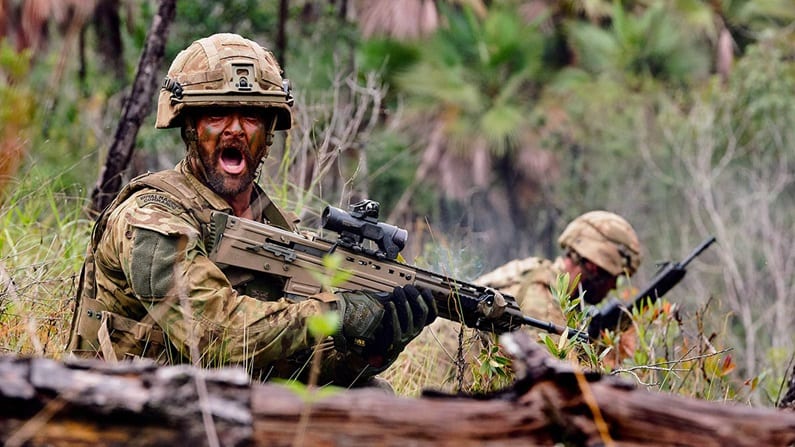 This funding, (also supported by the Dstl Transforming Training, Education, and Preparation (TTEP) project) will allow us to develop a brand-new application which captures individual and collective Dismounted Close Combat (DCC) performance data, and analyses it rapidly to provide immediate feedback for the user and long-term exploitation benefits for decision makers. It will also continue to demonstrate how emerging technologies can be fused with existing equipment and novel capture technologies to prototype Data Science/Machine Learning approaches to training.

What is the Problem we are trying to Solve?

Since involvement in Future Infantry Systems Technology activities nearly 15 years ago, Cervus personnel have been involved, near continuously, in DCC research.  The innovative Platoon Combat Experimentation (PCE) campaign is an excellent example, conducted over 4 years between 2013-2017, and was led and supported by Cervus personnel.  It looked at DCC capability issues from doctrine, to weapon mix, to load and load carriage, and most specifically at lethal performance of systems in the hands of users.  This work utilised a then ground-breaking mix of small arms targetry and re-purposed in-service Live Simulation equipment to match individual and teams’ firing activity to target effect.  It proved unequivocally that, in a realistic, stressor rich, live fire tactical setting, weapon performance in the hands of users were many times worse than had been previously assumed, dramatically worse than that achieved in capstone marksmanship training activities.  This work had an immediate impact on weapons mix decisions within the British Army and infantry.

Cervus have maintained an interest in this area and recently showed that we could significantly improve training insights through the DASA Integrated Organisational Learning System (IOLS) project, working with Dstl’s TTEP. This project (See here) demonstrated ways to inform better personalised training for individuals, and acts as a catalyst for more advanced data-science methods to predict future performance.  Working in partnership with The Parachute Regiment whilst deployed in Kenya, we confirmed the Defence wide business need to modernise the way in which dismounted lethality skills are delivered and assessed.

Using our experience from PCE and findings from prototyping activity in Kenya with The Parachute Regiment, we are developing a performance enhancement solution called the Smart-Shooter Intelligent Enhancement Trainer (SiET).  The resulting system will enable us to capture firing and hit data at scale and rapidly interpret them through analytics, resulting in rapid feedback for the user and long-term exploitation for decision makers.  We believe that it provides a novel dimension, as it:

This is a really exciting project and I’m especially looking forward to working with the Royal Marines and their bold modernisation project – the Future Commando Force programme.  Hopefully our findings will help inform how dismounted close combat elements will operate and fight in the future.  Our focus on individual performance within small versatile teams will help enhance understanding of broader DCC lethality.”