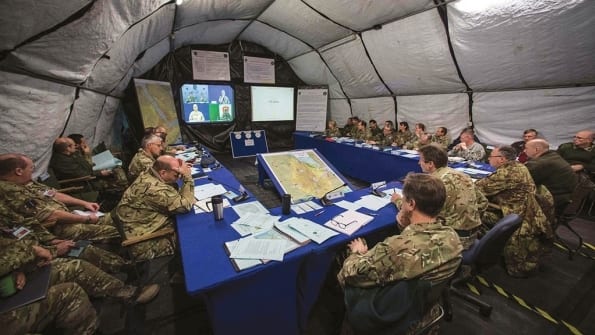 In support of the UK’s Land Warfare Centre- Warfare S&T,  Cervus Defence have conducted a data capture and analysis during Ex ARRCADE FUSION 17, to gather evidence to inform the concept of a Corps Forward Command Post.

This included the capture of objective and subjective data to investigate the C2 architecture required to support the proposed concept of a Forward CP.

Recent operational experience for both NATO and the British Army has been centred around counter insurgency and stabilisation operations.  The nature of the threat and fixed areas of opportunities have contributed to the growth in Headquarters size at every level of command.  This has been associated with the employment of fixed infrastructure/high band width CIS to enable rich situational awareness, however in its very nature does not support delivering the commander to the right area at the right time to best understand the situation and influence the operation.  This was recognised following COMARRC’s direction to experiment with a forward Command Post that:

With little practical experience in designing and executing such an activity, the ARRC were fortunate to have the support of Field Army’s Warfare Branch S&T. Through an existing Fd Army Contract Cervus were tasked to provide technical support and to develop a live capture and analysis plan that would generate evidenced findings that would support both Warfare and Capability development.  Using techniques adapted from Cervus’ Training Data Exploitation (TDx) services, an experimentation plan was rapidly developed which exploited the capture of OpCIS C2 information flows and merged the data captured.  The data was subsequently merged, and a detailed analysis was conducted resulting in a series of recommendations to ARRC.

The ARRC supported by Field Army has growing confidence in undertaking Analysis and Experimentation activity. 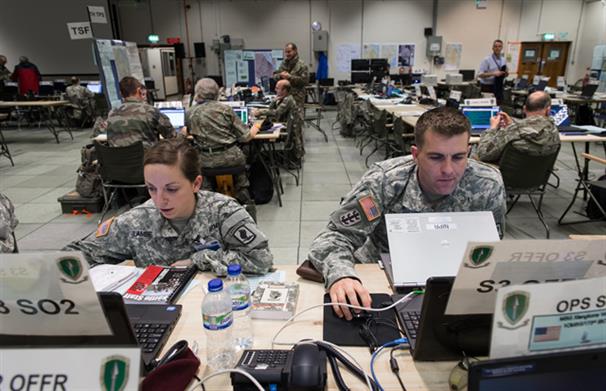 This is the first time that experimental data has been gathered at Corps HQ to support the development of agile C2. The evidence suggests that;

If you are interested in understanding more about our C2 Experimentation capabilities , please get in touch via the contact form below.

Having been in the ARRC I welcome this work by Cervus in helping develop HQ ARRC C2. Dispersed command and 'hiding in plain sight' helps a HQ survive. Useful force development.