As the British Army continues to evolve as a world-class, agile, integrated and expeditionary force, it is exploring the training possibilities offered by Virtual Reality.

Cervus and BISim have been working on the Virtual Reality Land Training (VRLT) project for the begining and this latest update demonstrate the impacts of analytics on individual and team performance. Cervus also continues to recognise the role of Vocavio and and Next2U and their continued support in developing approaches to the capture and analysis of team performance and stress.

Soldiers from 1st Battalion, The Duke of Lancaster’s Regiment are the latest to take part in the pilot, swapping combat helmets for head-mounted displays and ‘tabbing’ for state-of-the-art treadmills during a week-long examination of innovative technologies at Dale Barracks in Chester.

Phase two of the Army’s Virtual Reality In-Land Training (VRLT) pilot is generating quantifiable evidence, insights and experimental data to demonstrate the deployability and scalability of systems with the potential to support the Field Army’s Battle Craft Syllabus.

Delivered by simulation specialists from QinetiQ and tailored by its technology partner Bohemia Interactive Simulations (BISim), the latest iteration of its military-grade synthetic environment showcases the high-fidelity experience VR can afford by bringing greater functionality to elements such as hand controllers, sight systems and electronic warfare effects.

An Infinadeck omni-directional treadmill – a 360-degree moving floor – was also integrated to assess the value of incorporating realistic movement in virtual training, enabling soldiers to train without the need of a harness or specialist footwear.

Further adding to the authenticity of 1 LANCS’ digital deployment was an instrumented 81mm mortar system that blended live and virtual training to allow personnel to experience the effects of laying down support fire in a safe environment.

A remote observation package, developed by Cervus Defence and Security, objectively assessed the activity of those plugging in, using a range of innovative data capture techniques which included voice, eye-tracking and infrared analysis.

VRLT phase two, putting kit in the hands of users, getting their feedback and learning lessons as to how VR could be used as part of their training from 2025 and beyond, ends in July.

The remote observation package is a key element, which enables us to track, monitor and measure performance of individuals and teams.

We can capture real data to feed back to the units and it offers the ability to repeat certain scenarios, learn from errors, use different tactics, achieve perfection. It can provide a deep understanding of the troops’ place in the battlefield.

Going forward, the possibility of soldiers using some of the kit in the field will be examined and as the mapping catalogue develops, it could allow virtual training for specific terrains for operations.

Mr Hayakawa added: “The pilot has already been tested with 1 Royal Anglian in Woolwich, the Royal Lancers in Catterick, the Welsh Guards in Windsor, the Royal Logistics Corps in Abingdon, 5 SCOTS in Edinburgh and Queen’s Dragoon Guards in Swanton Morley and we are due to see the Gurkhas in Folkestone and the Gunners in Larkhill. 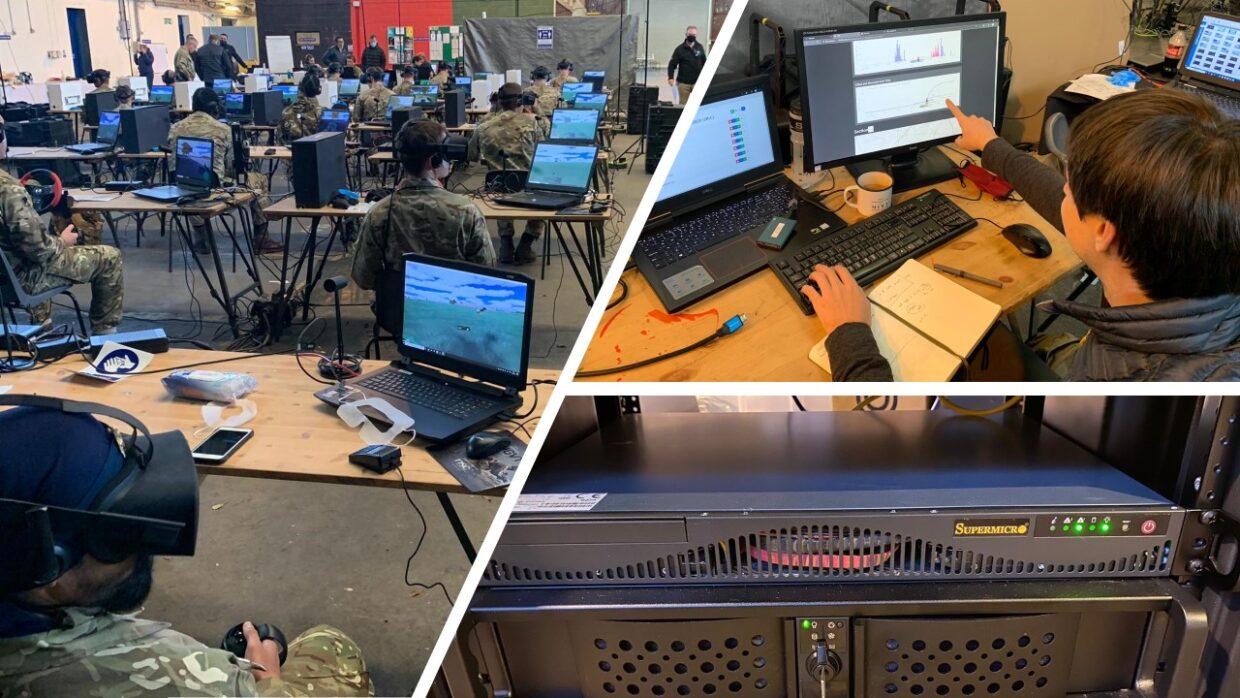 “Early indications are that it is particularly suited to mounted units, those using vehicles, and higher levels of command and control. It will be really interesting to see how it operates at the higher level, supporting Battle Group activity and planning. We want to look at all the options for how we modernise and transform the way we work, using VR, and find the sweet spot where it enhances existing training.”

Kingsman Sebastian Grigg, from 1st Battalion The Duke of Lancaster’s Regiment, believes the lessons learned from using this technology for training could help protect soldiers on the battlefield.

He said: “They are going to learn a lot of things from us. How we learn, how we behave, how do we react when we get attacked. They can change scenarios depending on our reactions and I think that’s quite interesting.

The infrared eye tracking technology is also really useful which can really help assessing what we might be doing too much or too little of and that feedback can be taken on board and, in operational situations, could end up saving lives.

The full update can be read here